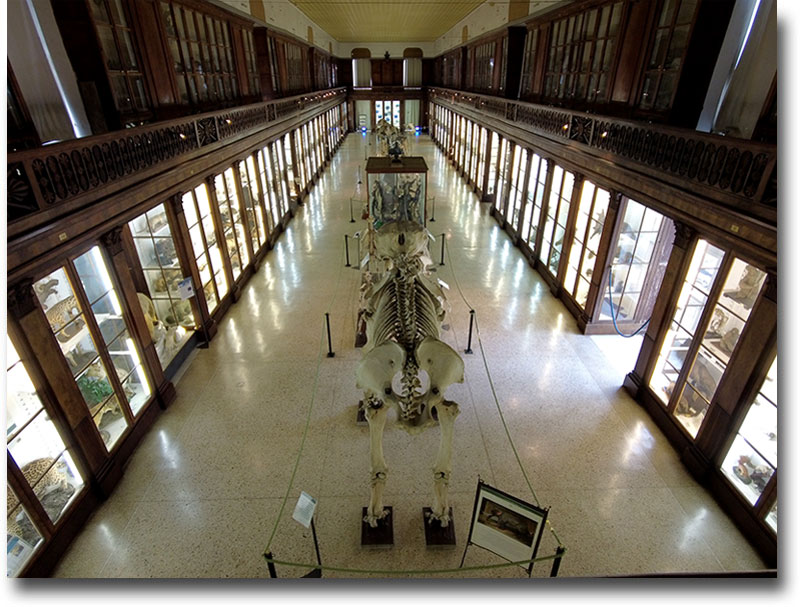 Main Hall of the Zoological Museum.

A collection built with patience and wisdom over a history spanning more than two hundred years, not without dramatic episodes, especially during the Second World War, during which many finds were destroyed or stolen, when the premises of the Museum were temporarily requisitioned and assigned to the headquarters of a detachment of Anglo-Canadian troops. Rich in specimens of great historical and scientific interest, such as the now extinct species of Crescent nail-tail wallaby (Onychogalea lunata) and Norfolk dove (Gallicolumba norfolciensis), its findings are tangible testimony of the scientific research of the past, its methods, its discoveries and represent the precious pieces of a mosaic that describes the evolution of scientific knowledge and ancient teaching methods. The magnificent furnishings of the early nineteenth century, give a splendid setting of harmonious elegance and high historical-artistic value to unique finds in the world such as: the "Whale of Taranto", the only specimen present in a museum of Northern right whale of Mediterranean origin (Eubalaena glacialis), which penetrated into the Mar Grande of Taranto during February 1877 and the “Posillipo Seal”, an example of Monk Seal (Monachus monachus) captured in Naples in 1884, which represents the only tangible evidence of the historical presence of this species in Campania.

The King's elephant. A male Indian elephant (Elephas maximus) that Charles of Bourbon obtained in 1742 from the Ottoman Turkish sultan Mohammed V from which originated the famous Neapolitan popular saying also quoted by Benedetto Croce: "Caporà, è mmuort l’alifante!” (transl.: "Corporal, the elephant is dead!"), indicating the end of a favorable situation.

The Zoology Museum of Naples was officially established by Gioacchino Murat, king of Naples, with a decree of February 18th, 1813, who had most of the preparations of the naturalistic collections of the Bourbons transferred there, as well as various private collections. In 1815 Ferdinand I of Bourbon defined its location by assigning suitable rooms to the structure in the current University Library. Since then, zoologists and comparative anatomists have succeeded at the helm of the Museum, enriching it with collections purchased by private individuals and with specimens collected in naturalistic campaigns. The current seat of the Museum was built in 1845 by the will of Giosuè Sangiovanni, the first professor of comparative anatomy in Italy. The current layout of the Zoological Museum in the two large halls, as we see it today, with a dedicated exhibition area of 900 m2, was created in 1901 by the zoologist Francesco Saverio Monticelli. During the last World War the Museum suffered serious damage as a result of bombings, occupations and vandalism. The recovery of the existing in the post-war period is due to Mario Salfi. 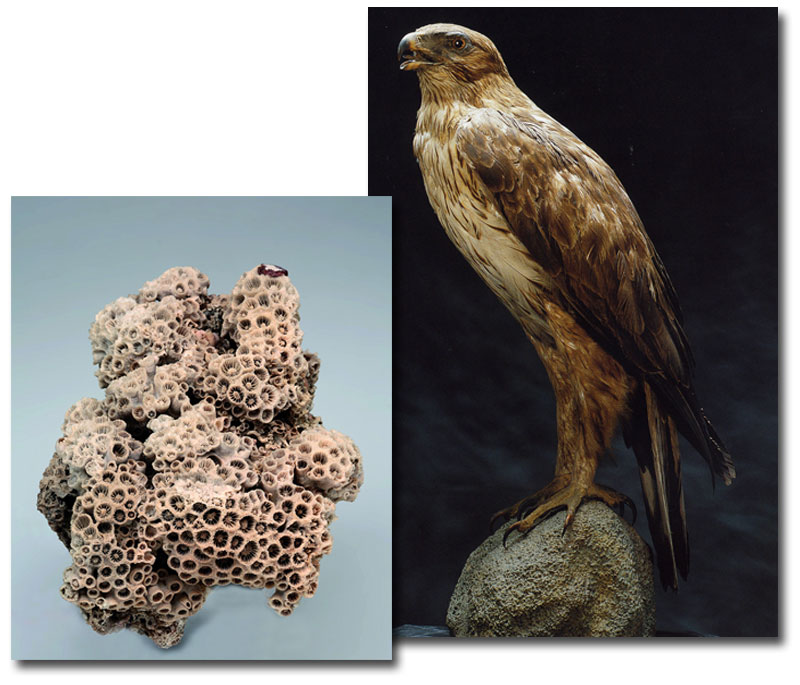