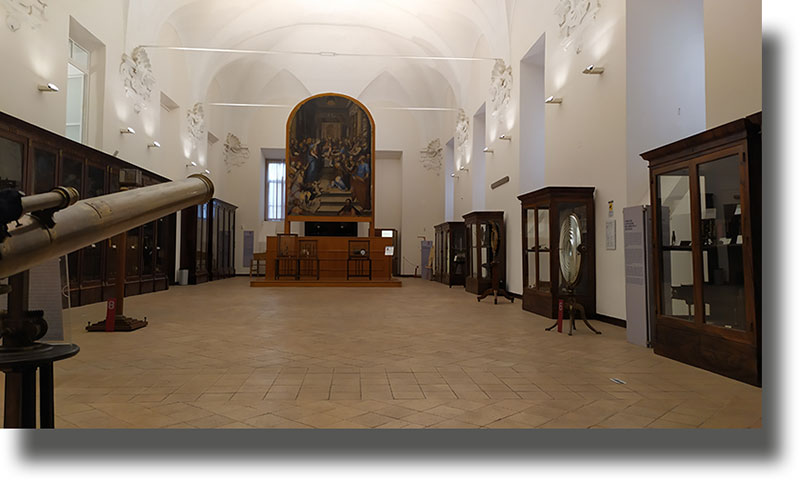 Museum of Physics: hall with the altar piece depicting “The Circumcision of Jesus” by Marco Pino da Siena (1521-1583).

The heritage preserved is of considerable historical and scientific interest; the instruments represent, in fact, the evidence of the studies and genius of the scientists who contributed to the development of Physics in the Kingdom of Naples. They were strongly influenced by the historical and political context in which they operated.

Acquired mainly during XIX and early XX century, the instruments, exposed in the Museum, boast the signature of prestigious English, French and German makers, but there are also interesting prototypes and apparatuses made by Italian "machinists". A singular case is represented by a group of Neapolitan artisans who worked for both the Royal University and the Royal House of Bourbon. These artisans were very skilled and precise and had nothing to envy to foreign makers.

Recently, the Museum has also acquired some apparatus designed and built by professor Luigi Palmieri.

In the 18th century, some scientists affirmed that the moon emitted cold rays; in 1845 the physicist Macedonio Melloni disproved this theory, using the large Fresnel lens on display in the museum.

Come and discover what he did...

The Museum of Physics was established in 2000 with the aim of preserving and enhancing the historical instruments inherited from the former Institute of Physics and then incorporated into the Department of Physics.

However, there was no suitable location to accommodate the precious collections and only a few years later the museum was established in the Refectory of the Jesuits “Collegio Massimo”, which was projected around 1680 by Dionisio Lazzari, an important exponent of Neapolitan Baroque.

In 2003-2004, the prestigious rooms, which preserve the 17th century stuccoes and the piperno outlines doors, were object of an important recovery action. The original wooden furniture in walnut root was also restored  and the magnificent altar piece, depicting the Circumcision of Jesus by the painter Marco Pino from Siena, was placed in the centre of the hall.

With an exhibition area of about 640 square meters, divided into four rooms, the Museum was opened to the public on January 28, 2005 and since 2012 it is part of the Museum Centre of Natural and Physical Sciences. 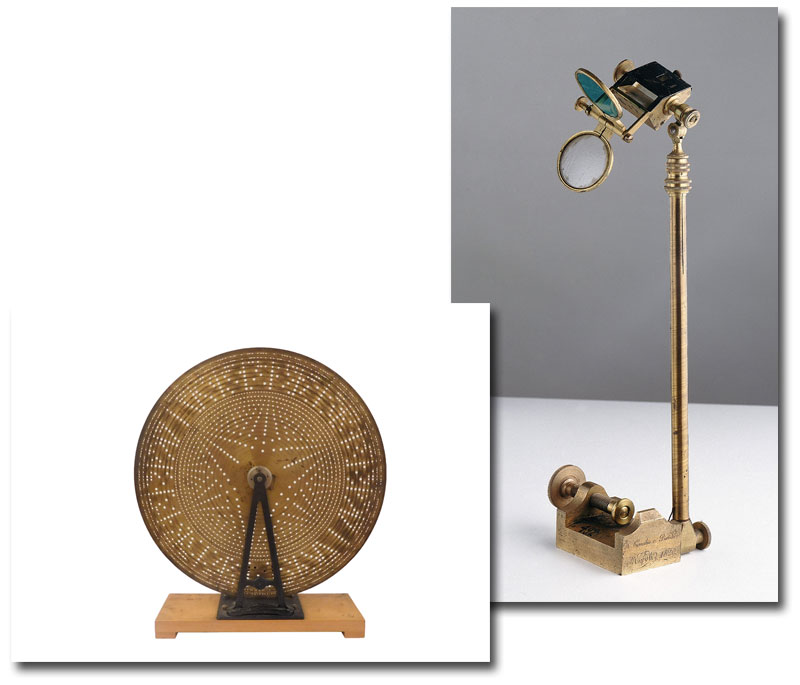 Seeback siren by Koenig, Paris, second half of the 19th century and Camera lucida by de Conciliis-Bandieri, Naples 1820.