“Art, history and science… an entnglement of knowledge” 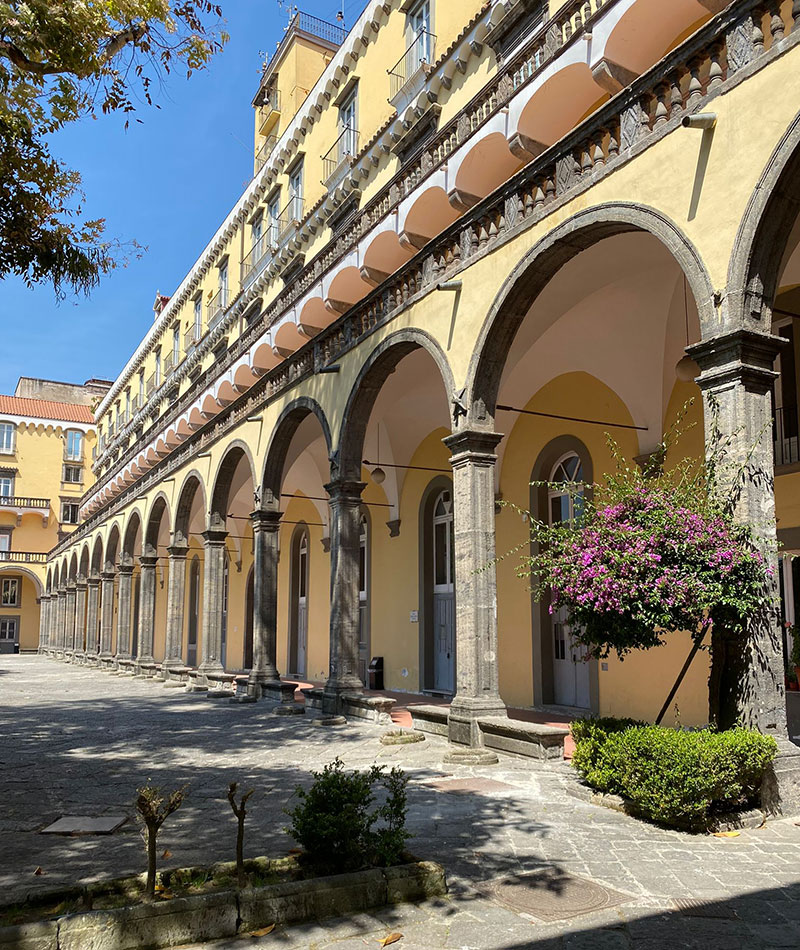 Located in heart of Naples, the scientific museums of University Federico II are housed in two buildings of great historical and architectural value. The museums of Mineralogy, Zoology, Anthropology and Physics are hosted in the superb sixteenth-century building, called Casa del Salvatore,  purchased in 1554 by the priests of the Society of Jesus and used as the Collegio Massimo until November 1767, when, by government decree, the Jesuits were expelled from the Kingdom of Naples.

On the floor below, in the bright rooms overlooking the seventeenth-century courtyard (the so called Cortile del Salvatore), is the Museum of Anthropology. The monumental Refectory of the Jesuits, adorned with splendid stuccos and dating back to 1684, is now the seat of the Museum of Physics.

The museums are accessed both from via Paladino, crossing the beautiful courtyard of the Statues and from via Mezzocannone 8.

In the adjacent building of SS. Marcellino and Festo is located the Museum of Paleontology, housed in two rooms on the southern side of the building and in some adjacent rooms which can be accessed through a splendid cloister. One of the two halls of the museum corresponds to the ancient Chapter House of the monastic complex, beautifully adorned with 18th-century Neapolitan decorated majolica.