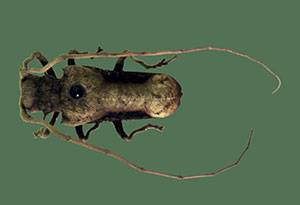 The Costa collection was created from scratch by A. Costa, Director of the Museum from 1860 to 1898, with numerous field trips to Europe, Africa and Asia. The Collection currently boasts over 30.000 specimens of the initial 100,000 insects, important for their historical-faunal and systematic data. The collection was divided into three parts: the extra-European collection, the European collection and the collection from southern Italy and the islands. Special attention was paid to Sardinia, whose material was personally collected by Costa. The entomological collection of southern and insular Italy was part of a larger collection including all the fauna of the Neapolitan area called the Special Collection of the Province and the Gulf of Naples which was the first scientific collection of all the taxa of that area. The collection is of exceptional and unique importance due to the presence of the types of the species described by Costa. The collection, for obvious conservation reasons, is not exposed to the public.

Vast collection, thanks to the solid and centuries-old tradition of naturalistic studies of the Neapolitan city. Most of the specimens date back to the first half of the 1900s. It is the most numerous of the museum's vertebrate collections, both for the number of taxa and for the more than 2.400 individuals that make it up. The oldest series dates back to 1812, or the year before the museum was founded, and includes specimens collected by Luigi Petagna for teaching Zoology. It includes birds from large Italian collections such as those prepared by the Florentine Cecilia Picchi and the Neapolitan Mario Schettino, both considered among the most important at national level. The first and only finds for Naples of Eagle owl (Bubo bubo) and Short-eared owl (Asio flammeus), as well as the Red-necked grebe (Podiceps grisegena) of Naples and the Pygmy cormorant (Microcarbo pygmaeus) of Ischitella (NA) are reported. 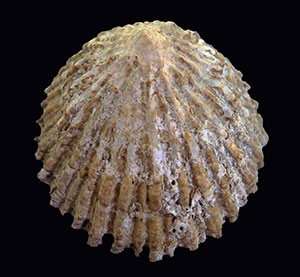 The collection of tropical madrepores (about 130 specimens) was purchased by the Museum in 1950 from the Comparative Anatomy Department of the University of Naples: it was set up with finds collected in the Red Sea. Examples of the genera Fungia, Aeropora, Porites, Maeandrina, Pavona and Cladocora belonging to the collection of the Red Sea and Astroides calicularis from the Gulf of Naples are noteworthy. The Vettor Pisani collection was established between 1882 and 1885 by Gaetano Chierchia, an officer of the Navy, following some scientific expeditions, carried out with the Vettor Pisani pyro-corvette, to which technicians trained by the Zoological Station of Naples collaborated for the collections of get ready.

The Malacological Collection was organized by It includes many specimens of Mediterranean and exotic species. It is divided into two sections: the first, which shows all the species of the Mediterranean malacofauna, the second, which represents the main families of all classes of molluscs. Currently the collection, although impoverished due to the stealing that occurred in the Museum during the Second World War, remains an exhaustive review of the living species in the Mediterranean Basin. Among the most interesting specimens existing today we must mention that of Patella ferruginea coming from the Gulf of Naples, where it once lived and where it currently seems to be extinct.

Photo: Patella ferruginea (Gmelin, 1791) from the Gulf of Naples.